Architectural Record has released the 2018 edition of its national list of the Top 300 Architecture Firms, ranking CSArch at 171. 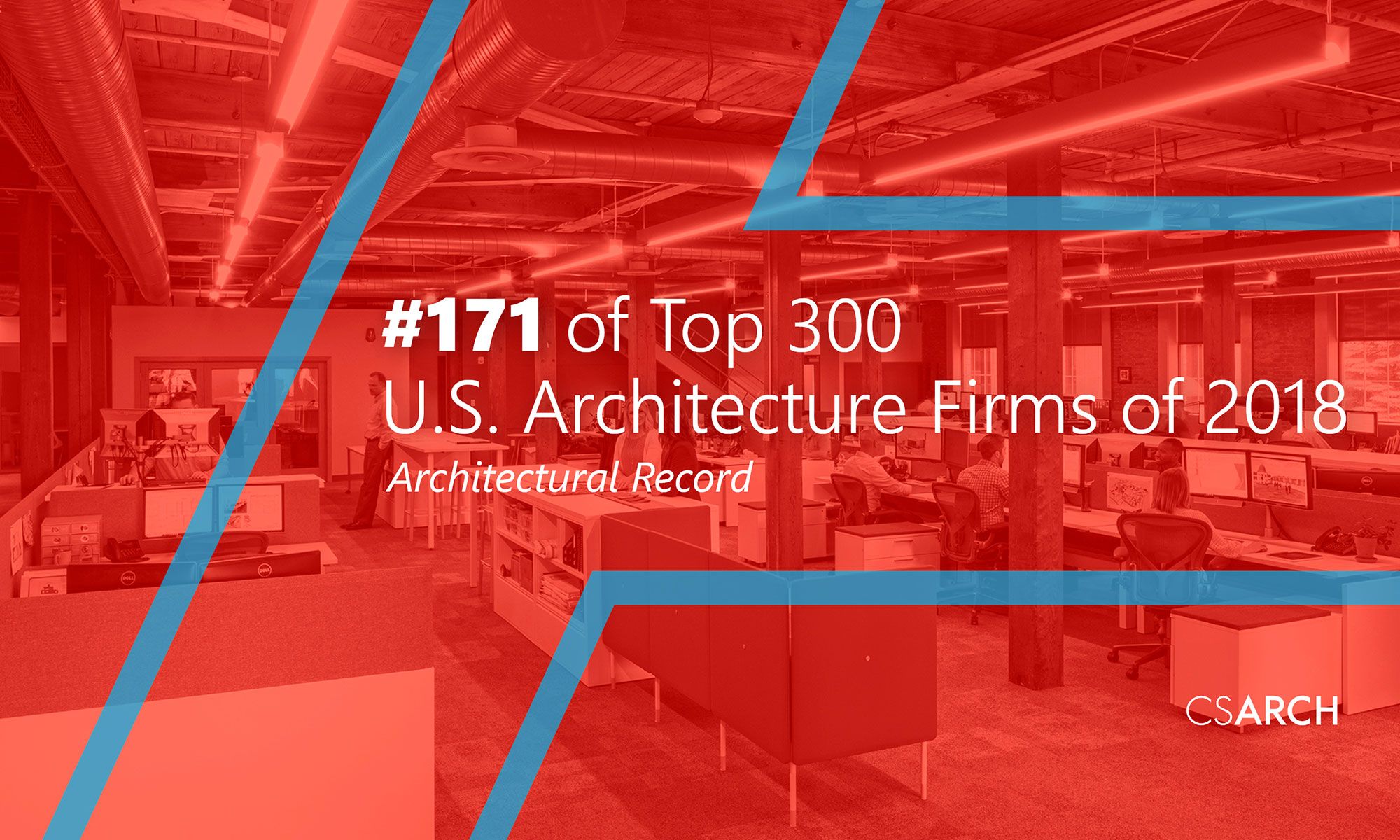 Architectural Record has released the 2018 edition of its annual list of the Top 300 Architecture Firms in the United States, ranking CSArch at 171. This is a move up in rank again for the firm, who jumped from 255 in 2016 to 173 in 2017. The list ranks firms based on architectural revenue from the previous year.

CSArch has experienced significant growth over the past several years, prompting the opening of a new office in White Plains, New York in Fall 2017.  Strategically located to respond to current clients and offer design services to prospective educational, corporate, and civic clients in the Westchester and downstate areas, this office marks the third location for the firm, joining Newburgh and Albany, New York.

The firm recently announced two large ground-breaking educational projects. Continuing a long-term relationship with the City School District of Albany, Phase 1 of the renovation and expansion of Albany High School began in April 2018.  In June, CSArch also broke ground on a $106 million capital project with North Colonie Central School District, a client since 1991.

To celebrate the growth and evolution of the firm, CSArch recently launched a refreshed brand identity and updated logo in May 2018. The refresh coincided with the renovation of the CSArch Albany office, modernizing and adding vibrancy to the firm’s identity.

Architectural Record is an American monthly magazine that is dedicated to architecture and interior design. Published by BNP Media, it is generally considered “The Record” of architectural history and features articles that showcase noteworthy architectural works throughout the global landscape. Click here to view the full list of top 300 firms.